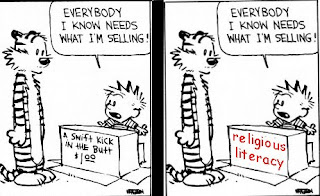 Posted by Deborah at 1:55 PM No comments:

It amazes me that, in a world where one can be/do anything one likes (e.g., Second Life), the first choice of some folks is to look like themselves and do exactly what they do IRL (that's webslang for 'in real life' in case you're not a netnerd like me). I suppose there's two sides to it, like everything else. I suppose, on the one hand, that it could mean that these people are so authentic, so integrated, so well-grounded in their own full beingness that it's a natural extension of themselves to take real life into a virtual world. I believe that's possible, but I'm skeptical about it being true.

On the other hand, I suppose it's also possible that people can become addicted to the sensations that come with the authority and utter assurance that one's worldview is The Absolute Best One Ever, and carry the frames of their addictions into every facet of their lives. After all, if yours is Best and True and Right then everyone else must, perforce, be wrong. That leaves one standing pretty tall and shiny in the midst of the huddled masses--a heady space indeed. Thing is, though, that when one builds on a shaky foundation, the structure is weakened and subject to collapse, especially under duress.

Virtual realities allow the human to create imaginal worlds in which to dwell. People believe stuff. They take those beliefs (and the consequences of them) wherever they go. Evangelicals and fundamentalists of all faiths find their way into these virtual worlds, still clamoring about which god can kick which other gods' butt. In a virtual world, you can mess with people's stuff, but you can't kill them. There's no "real" destruction, nor actual bloodshed. But does that make the conflict any more agreeable? Does importing God into the machine make it more okay to trash the beliefs of others or, worse yet, continue to build on faulty foundations?

Religious illiteracy hurts me. I mean it actually, physically pains me to see people using a religious tradition to bolster their worldview with an almost complete lack of understanding of the tradition they use. And this illiteracy is pandemic. I know religiously illiterate Christians, Muslims, and a Jew or two (odd, but now that I think about it, my own personal dataset has a lower number of religiously illiterate Jews than other faith groups. This could be because I know fewer Jews than I do Christians or Muslims, or it could have something to do with the Jewish practice of midrash. If you have a theory about this, I'd love to hear it).

I know a couple of illiterate Buddhists and at least one Vedic-type person, too, but somehow, they seem far less harmful than an illiterate Abrahamic. I wonder if that's true, or if that's a product of my own Western biases.

In virtual realities, I've seen all stripes of faith. Each one of them has found a way to utilize technology to reveal and propagate their message. I've seen virtual megachurches and virtual Zen retreats. Someone even built a Tibetan mountain monastery. While virtual worlds don't deliver a full 3D immersive sensory experience *yet*, there is no doubt that the experiences induced by visual stimuli carry 'real" emotional weight. And people pull God into the machine right along with them.

I want to take God into the machine, too. While pondering what it is I want to do in grad school, it occurred to me that I could set up my own little Center for Religious Literacy. I could build a structure, put up some art, make assorted texts available for people to take for free, keep office hours in case someone wanted to talk. It'd be an interesting experience, at the least. One of the things I'm trying to figure out at present is how to get people to realize their religious illiteracy without driving them away from the engagement. I'm also trying to discover how to have intelligent discussions about religious literacy without it sinking into an argument based in belief. And then how to take that discussion into a virtual world, where hundreds of thousands of people will have access to it, even when I'm asleep or blogging or meditating.

I've taken God into the machine with me. So have others. Or maybe God was there already, waiting for us to figure it out. In any case, my hope is that the sheer force of imagination and creativity inherent to virtual reality will rub off on all of us, and make it possible to discuss building our beliefs on something other than digital sand.
Posted by Deborah at 1:20 PM 2 comments:

Ah, the holidays. Short days, cold weather. Short tempers, cold people. Christmas carols everywhere, muzaked into background noise, perhaps a subliminal message about gifts like Jesus, only somehow translated into gifts like nose hair trimmers and Chia-pets. A dead tree in the living room to symbolize the eternality of life's renewal of itself. Hey--maybe if we put some lights on it, no one will notice its dead.

To many, I seem Scroogian, a curmudgeon of bah-humbugged proportions. I'm not, really. It's not Christmas per se that I harbor such an intense dislike for; it's the religious illiteracy behind it. There's a history of myths about savior-figures who die in a season, to return in the next. Until we had some folks come along who were willing to challenge the ideas about which revolved around what, we had to find ways to explain the changing of seasons, a way to make us want to survive the dark days of winter with hope. We did that with story, with myth. Over time and via appropriations, some of those stories got a little bit twisted around, and somehow, despite their fantastic imagery, those stories got concretized into a literal truth.
Hence, the muzak, the dead tree, the compulsive purchasing of seasonal joy for friends and loved ones.

Jesus is not the reason for the season. Jesus is s symbol of the season, an extrapolation of ancient stories that helped primitive people get through the long, cold days of winter with hope that once again spring might return to the land with its attendant light, warmth, and abundance. And Jesus isn't at the Christmas party alone; there's actually several other religions and cultures who have festivals this time of year, many for similar reasons. It's dark. It's cold. There's hope, and renewal on the way in a couple of months. We're going to survive the winter, and emerge into a fresh, new, re-born world, for which we should be happy and grateful. And then it all starts again So, while it's dark and cold out, why not curl up with a good, religiously literate book and find a personal meaning for this season? Then you can go out and share some real joy--without maxxing the credit card.
Posted by Deborah at 10:37 AM No comments: